Ideal solution for media with a high tendency to scaling 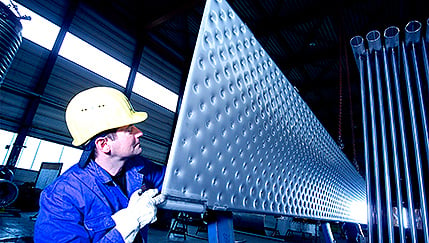 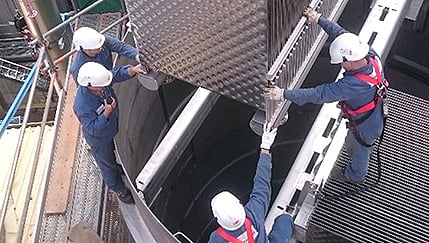 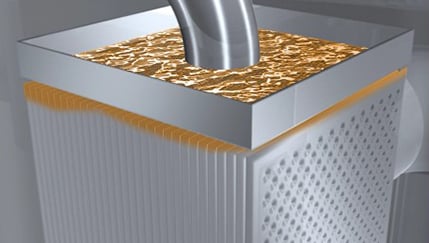 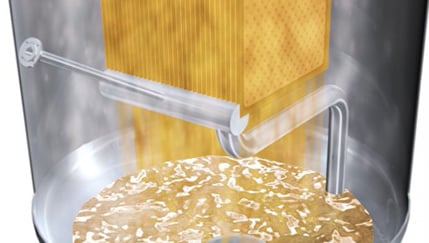 The core knowhow of our plate-type film evaporator is the welding of the plate elements, which have been manufactured in-house by GIG Karasek for decades.

By using induction, resistance-point-welded heating elements are manufactured in different formats. Optimized and perfected over and over again, these welding processes are characterized by high levels of automation, high energy efficiency and high productivity.

All this leads to very long operating times, low risk of contamination and corrosion and the highest quality of the heating elements of your evaporation plant.

By welding the heating elements at regular intervals and integration of steam inlet and condensate collector as outlet, the heating coil is formed. The distances between the plates can vary between 19 and 48 mm. The number of heating elements and the choice of the plate format creates an evaporator heating surface, which is used to evaporate the low-boiling medium (especially water).

We currently offer four standard formats for the production of heating bundles. Intermediate formats and smaller dimensions are possible if required.

Falling film evaporators use gravity to convey the medium evenly over the heating surface from top to bottom and are therefore very energy efficient in operation.

In the case of the plate falling film evaporator, the medium is passed over the heating surface of the plate bundle (1) heated from the inside in order to concentrate and evaporate it.

Through the distribution cup (2) ensures uniform loading of all heating elements. The circulation pump (3) and the recirculation lines (4) convey the medium in a circle and is thus further evaporated.

Evaporation of the more volatile liquid at the heating surface produces vapor vapor which escapes horizontally from the plate bundle and is conducted countercurrently upwards through the vapor outlet.

Due to the available evaporator body, the resulting slow flow rate, to the medium opposite Brüdendampfstroms a very good separation of the liquid and vapor phase is achieved, which is why this type of evaporator work very efficiently and state of the art. Finally, the entrained droplets of the medium are separated in the Brüdendampf by a mist eliminator (5).

The Brüdendampf can then be used to heat the plate bundle through the steam inlet (6) of the next evaporation stage at a Mehrstufeneindampfung or be used by mechanical vapor compression (MBV) or thermal vapor compression (TBV) in the same evaporator stage for heating the heating elements.

The condensed Brüdendampf (condensate) inside the heating elements is finally collected and discharged by a condensate collector (7) at the lower end of the plate bundle.

The concentrate (8), on the other hand, is drawn off at the lower end of the vaporizer body and directed to the next vaporizer stage or the next process stage. 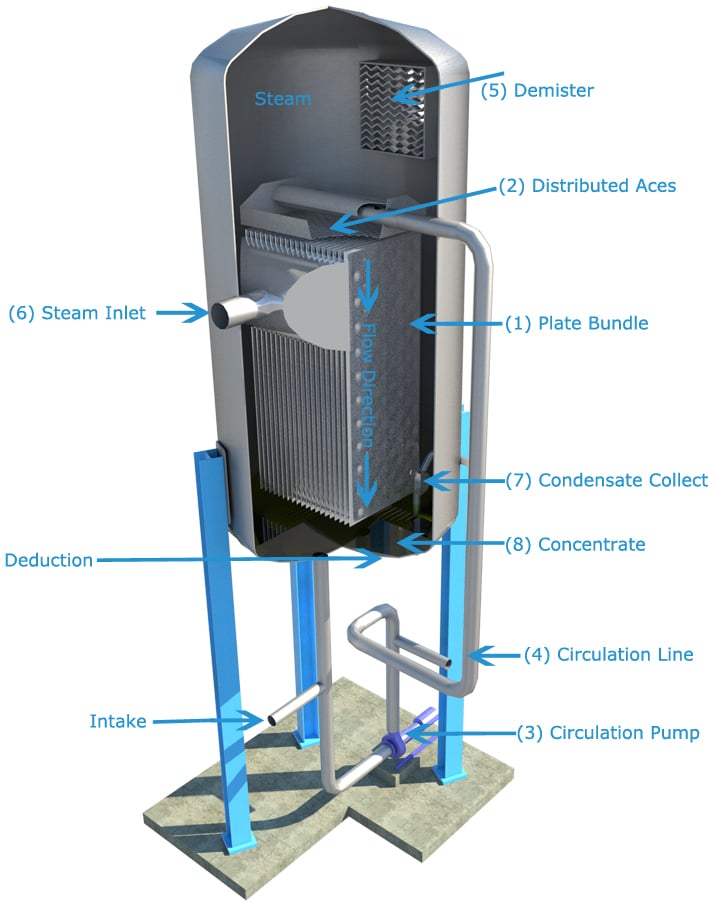 As a result, volatile substances such. Methanol are separated in the heating element, as by the counter-current vapor flow up and the condensate down a stripping is achieved and accumulate the more volatile phases in the upper part of the Nachschaltheizfläche. The pure condensate can then continue to be used in the process and the contaminated digester condensate can be cleaned or incinerated. 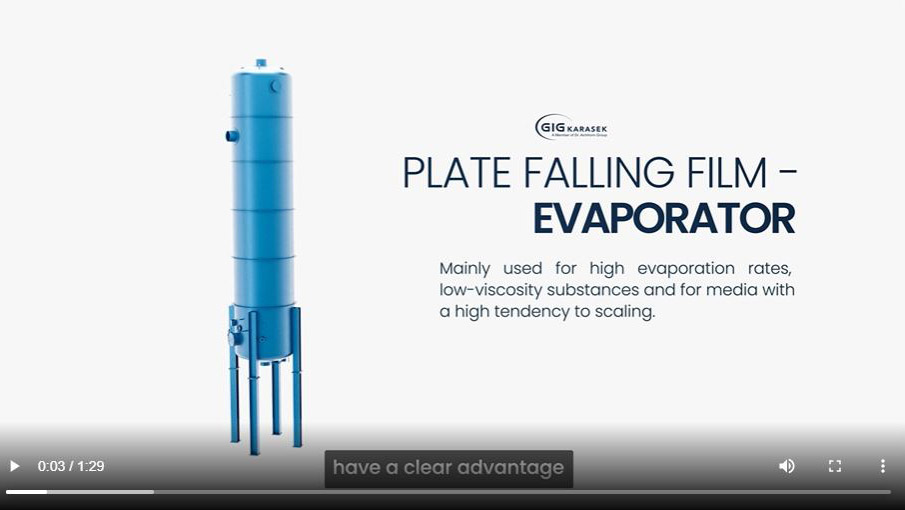